While the pace of growth eased across all capital cities, new data from the ABS today confirms Brisbane’s leadership for population growth, with our city adding almost 22,000 to our resident numbers over last financial year. Our population reached 2.582 million.

That was a 0.8% jump on the previous year, so over the past 3 years we’ve added an average of 780 Brisbanites every week. Perth had an annual increase of 16,000 but most capitals saw their populations drop over that year – Melbourne lost a whopping 60,505 residents.

Here’s some other interesting data from today’s release: 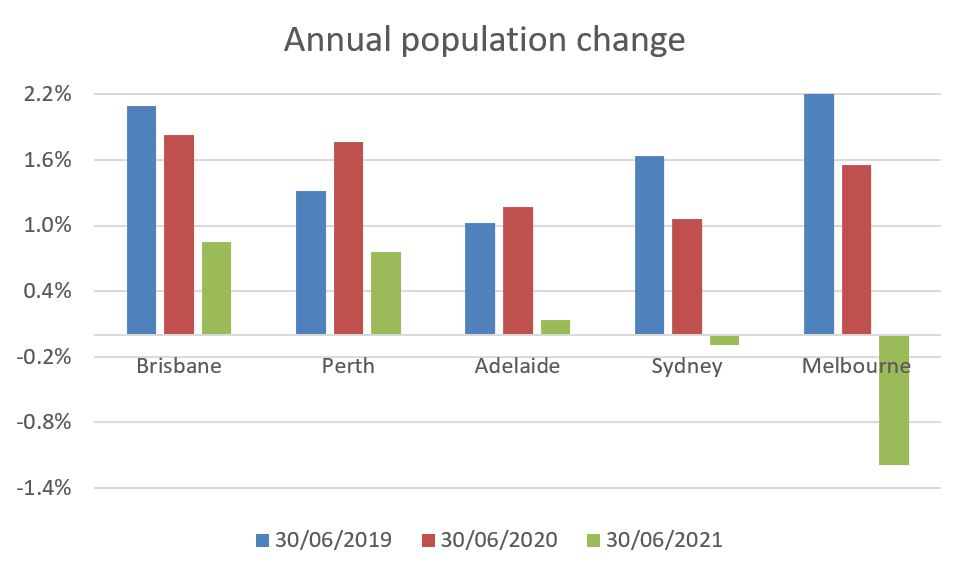