It might be no surprise the Queensland population continues to grow. But there’s some very strong numbers in this latest data from the ABS (for the year to the end of March).

We added a whopping 31,785 extras to the Sunshine State’s population, as our southern cousins fled up over the borders while they still could. The dark blue below (should have been maroon?) charts net interstate migration, and the two big states each lost around 18,000 net residents. And this was before they experienced their current extended lockdowns.

What might the Queensland population stats look like by the end of the pandemic? It could be even more great news for our property owners.

Oh, and on another (lighter) note… We couldn’t help noticing Queensland’s baby-making efforts won us a silver medal, with our natural population increase even higher than Victoria’s. We’ll leave you to draw your own conclusions on that! 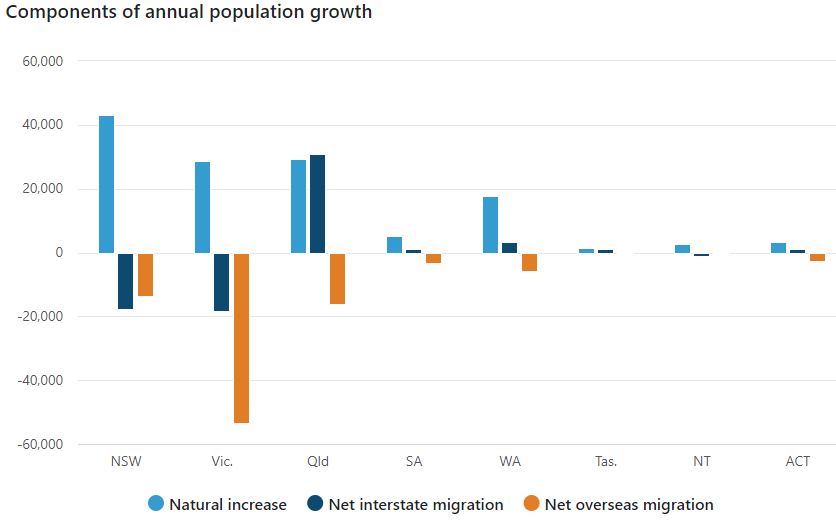