Who’s this big, new Brisbane landlord competing for your tenants?!

Who’s this big, new Brisbane landlord competing for your tenants?!

Brisbane landlords with apartments in our inner-city could be forgiven for thinking they’ve been under siege in recent years! First you survive the ‘Great Tsunami of Supply’ of 2015 to 2017 where our rental market was flooded with new towers. Then, just as the market rebalanced and we started to see an uptick in rents, along came Coronavirus with a border closure that emptied AirBNB and short-stay apartments of their tourists and corporate guests, offered up for rent in their thousands to compete for your long term tenants.

Now we’re learning more about a new kind of Brisbane landlord. One with deep, deep pockets who is about to build thousands of new apartments. A new breed of property owner who will offer your tenants much of what you can’t, in some cases with government support, and will do it at such huge scale that they’ll be able to keep their rents low.

The media are calling it “build to rent” or BTR, but it’s simply institutional, big company and super fund money building apartment towers that will be retained and rented, rather than being on-sold to individual owners. This month a development application was lodged that will add 300 apartments to South Brisbane’s Cordelia Street. All with one owner and all to be rented.

Tenants will be offered the security of longer leases and this new BTR landlord has other carrots for them. This landlord won’t be thinking of selling soon, or having their niece move in, or refusing a cat because they have allergies. There won’t be a bossy neighbour throwing their body corp weight around. This landlord’s decisions on maintenance and rents and inspections will be commercially-minded and administered by one predictable manager for their thousands of rental homes. 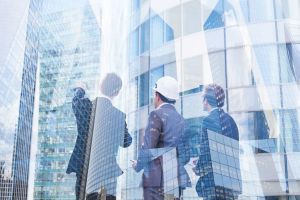 Many Brisbane landlords already approach their investment properties with a business-like approach, so will have less to fear. But with very large apartment towers these new competitors will always have stock to fill and with few decision-makers they’ll be fast-moving in rent decisions. So it’s likely they’ll hold influence over market rents in their neighbourhoods.

Already more than 2000 apartments in the southern states have been completed by this new type of landlord and the model is very common in the USA (they call them ‘multi-family’ buildings) where their private investors are far less active than we are and city condos are dominated by institutional ownership. It’s also not entirely a new idea for big Australian property players like Harry Triguboff who reportedly retains several thousand of his Sydney, Gold Coast and Brisbane apartments in his Meriton towers.

Two BTR projects are now underway in Brisbane with the added support of a pilot Queensland Government program that will see taxpayers subsidise rents for 40% of the apartments. Heavyweights Mirvac and Frasers Property are behind the Newstead and Fortitude Valley towers, adding 750 apartments to those local rental pools. In some Melbourne BTR projects councils are giving the developer/owners concessions on parking for example to assist in keeping rents low. Already this fledgling property ownership model is being allowed to step outside the rules most landlords must play by.

Traditionally residential rents have been too low to attract the big end of town but this institutional money is now targeting the reliable ongoing demand offered by the residential market. With interest rates low (and going lower next week?) maybe the net returns are now more appealing. There are still tax hurdles for them so the pressure for government change is mounting. The Australian Constructors Association and the CFMEU say GST reform would allow BTR projects to create thousands of jobs. And no doubt feed new assets into the big super funds.

So are we about to witness a shift in Australia’s rental property ownership?

For now at least the Federal Government seems reluctant to support large scale changes. Liberal MP Andrew Bragg, quoted in the Australian Financial Review: “We should allow people to use their super for a first home. This would be a better option than the super funds investing in homes for people through endless layers of intermediation, ticket clipping and cost,” he says.

What do you think? Is our private investor model the right one? Or should the government give more support for super funds and other institutions to own multi-family towers? We’d love to hear your views!