A selection of Milton’s Landmarks!

You are here Home Blog A selection of Milton’s Landmarks!
Milton

A selection of Milton’s Landmarks!

When most think of Milton’s landmarks places such as the XXXX Brewery or Park Road’s Savior Faire’s Eiffel Tower come to mind. What about other historic landmarks of this bustling suburb?
Milton House, located at 50 McDougall Street, is amongst Brisbane’s oldest houses having been built in the early 1850’s by chemist Ambrose Eldridge. In 1855 John Frederick McDougall, a member of the Queensland Legislative Council and pastoralist, purchased Milton House. According to Queensland Place Names, Queensland Government, the suburb of Milton was named after the house and the McDougall’s Milton Farm.
On the corner of Park Road and Coronation Drive stands Cook Terrace, a 6 x 2 storey house, previously known as Milton Terrace from 1895 and Gloralgar Flats from the late 1930’s. Builder Joesph Blain Cook bought the land from John Frederick McDougall in September 1888. These heritage listed terrace homes, which are only one of a few remaining in Brisbane, were built between 1888-1889 as rental properties.
Located at 233 Milton Road in the grounds of the St Francis Theological College, is Old Bishopbourne. In 1862 Emmeline Leslie, widow of politician George Farquhar Leslie, donated a substantial block of land to the Anglican Church. Here builder Benjamin Backhouse constructed the bishop’s residence, known as Bishopbourne.  Bishops and archbishops were housed here until 1964 when the residing Archbishop Strong moved his residence to Hamilton, naming his new residence Bishopbourne. The original Bishopbourne became part of the St Francis’ Theological College and has since been known as Old Bishopbourne.
Next to Old Bishopbourne is the famous XXXX Brewery. Having purchased a distillery in 1878, brothers Nicholas and Edward Fitzgerald renamed it Castlemaine Brewery, name after their beginnings in Castlemaine, Victoria.   The winking man on the XXXX building was first erected in 1924 undergoing another 2 metamorphosis to the flashing winking man we see today.
Nikki is the Bees Nees City Realty specialist for Milton. If you live in Milton and would like an estimate of the current price of your house or apartment please contact Nikki on (07) 3214 6814, 0404 397 117 or nikki@beesnees.com.au 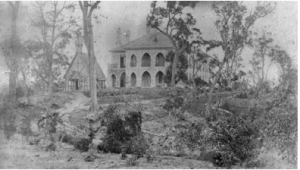 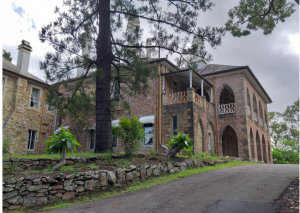 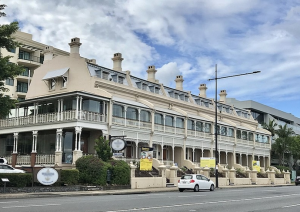 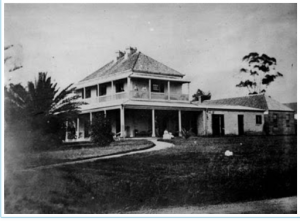 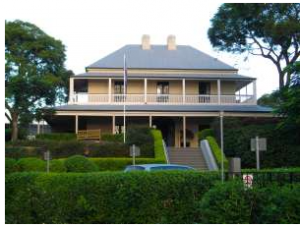