Over the past 20 years Australia’s 85+ population has increased 117%, bringing with it vastly increased demand on our aged care and housing infrastructure. The big lump in the ABS population graph (we call them baby boomers!) is working its way through like a hard-to-digest mouse in the swollen belly of a python. And there’s a new conversation happening about how we should care for, and house them.

This week we’ve again seen headlines about death taxes and even a HECS-style debt that seniors could access to limit the cost to wider society as numbers of welfare-dependent seniors increase further. And for all the conversations in the past decade about down-sizer superannuation incentives and other innovative solutions, it remains the case that most Brisbanites tend to ‘age in place’. NORCS – naturally occurring retirement communities – are a common part of inner-Brisbane.

But what’s the best solution for better care and housing for our seniors, and for the tax-paying population that support many of them? 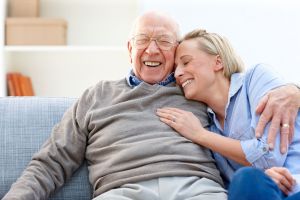 The current Royal Commission into Aged Care Quality and Safety is largely focused on health/medical needs, but housing is intertwined in the topic, especially in recognising many Australians’ “desire to remain living at home as they age”. Speaking at hearings this week former PM Paul Keating proposed a HECS-style loan that could fund a better level of aged care, the government lending seniors money that’s repaid only when their home is sold.

Keating says compulsory superannuation – which he introduced in 1991 – isn’t sufficient when we’re now living well into our 90’s and often beyond 100. The years beyond the workforce are simply too long.

The Keating idea would effectively bring the government into the reverse mortgage market. Money is borrowed by those who don’t have an income to service traditional loans, so the interest capitalises.  In theory it’s a way of accessing huge depths of funds. Household Capital’s Nick Sherry (the former Minister responsible for super) says Australia’s retirees have 4-5 times more in their homes than their super. “It’s inevitable that, at some stage, many retirees will need to draw on some of their home equity to fund a comfortable retirement.”

Reverse mortgages is a product that’s been around a while so why has it increasingly been abandoned by the banks? In a time of increased scrutiny to be ‘responsible lenders’ you can imagine their PR departments get very nervous about lending to vulnerable Aussies. But we’d also guess the demand for the product is weaker than expected, with aging parents often wanting to preserve their capital for their families. In our experience it’s common to see elderly Brisbanites sacrificing their own needs – both in medical care and suitable housing – to ensure they retain a bigger estate for their kids. Even if those ‘kids’ are now more likely to be 60 or 70 themselves by the time they receive an inheritance.

Death taxes were common in Australia until the late 1970’s and writing today, independant economist Saul Eslake proposes their reintroduction as one way the Tasmanian government can fix its tax system. Don’t give them the choice of preserving all their estate for future generations. He’s actually talking about the state with the highest median age in the nation and you can only imagine the other states’ immediate campaigns to lure wealthy older Taswegians north if this unpopular state tax ever got up!

Baby boomers were born from 1946 to 1964 so we’re only about halfway through them transitioning into retirement. The mouse in the python is getting toward the tail, so policy makers do need solutions to fund sufficient care and suitable housing as their needs increase. More conversations need to be had to ensure we’re looking after those who’ve always looked after us.

Please share your ideas and thoughts! Do you like Keating’s idea of a HECS-style debt for seniors? Is there some logic in death taxes?