There’s been 191 drug offences in my inner-Brisbane suburb over the past 5 years. I know the dodgy looking set of flats around the corner has accounted for a good share of them! And not because I’ve seen the cop cars out front. I’ve simply had a look at the Queensland police crime maps and I can see what sort of nasty stuff is happening in any given Brisbane neighbourhood. Check yours out – every single suburb has crime and you might learn something interesting!!

These maps aren’t a secret but when launched in 2013 we wondered how many home buyers would use them. Our guess is it’s still very few. But they’re like a lot of tools at your fingertips – they can help find the best home for you. And help you avoid the headaches that can make life far less comfortable. Here’s a few more tips to consider:

Bees Nees Sales Manager Rebecca built her first home in 1993 and has been an active investor, renovator and home owner numerous times since. Her number one tip? “I’ll get out and walk the surrounding streets, getting a feel for the place and the people in the area. Driving doesn’t really give you a comprehensive feel and you need to go at different times of the day if you want to be thorough.” 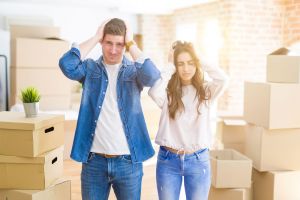 Yes Google maps and Streetview are very handy. But they won’t tell you there’s a neighbour over the back fence who is more than a little obsessive with use of his blower-vac twice a day. Or the home owner who uses his garden as a junkyard for his hoarding. Or the person a couple of homes over who plays ABBA at high decibels at random times of the weekend. (You’ve just met 3 of my neighbours and for the record I’m not actually upset about the Dancing Queen). When you walk slowly around the home you’re considering you will hear and see all sorts of things the real estate agent might not know or point out.

It’s almost a decade since the ‘night of Noah’ so many Brisbane home buyers neglect to check the flood maps, though they’re easy enough to find. The 1974 and 2011 aerial photo overlays are useful as they’re actual evidence and not some scientist’s theory. With ongoing mitigation works none of us know exactly how future events will unfold. There is something primal about living in an elevated location, maybe going back to the ability to see advancing predators or enemies, as well as avoiding floods. Is the home you’re considering low lying or likely to suffer drainage problems?

Do you ever read the online comments about new development announcements, with neighbours shocked to learn some new building will be going up that’s taller/noisier/inappropriate or generally home-value-stripping and they never knew the council would allow that in their part of town? We’d guess that very few home buyers ever look at BCC’s online townplanning info. Every nook and cranny of our city is mapped on there and you can search any address and see what planning rules apply to it.

We’re not suggesting all the codes and zones are easy to understand. They’re not. But there is a truckload of info about every neighbourhood and what could be built around you in the future. Is there a building starting down the road and you’re wondering what it will be? Could it block your view? The plans are all lodged with BCC and discoverable for us all at that same website.

Have you considered Brisbane school catchments maps? You may not have or even want children, but a property’s value can be significantly impacted by its side of a catchment line. Ironside State School, Ascot. Each part of Brisbane has a school that’s sought-after but generally only available to those who live inside the magic blue line. Remember too that the lines do move – witness Dutton Park’s new ICSSSC and homes subsequently being removed from the highly coveted Brisbane State High catchment.

And that leads us to our final tip. One that’s far removed from the internet. A suggestion that might fill the introverts with dread, but could be the singular most valuable home buying tip you will ever receive… Talk to the locals! Even in our apartment-heavy areas there’s residents who’ve been around a while. If you wander a neighbourhood a couple of times you will meet at least one or two friendly faces who will happily share their thoughts on their patch of Brisbane. Yes there’s online places where you can search a suburb and read locals sprouting its virtues. But like any online review, who knows their motivation?

Eyeball a local and get their insight. Ask about the flight paths and the best local coffee and all the other tiny details that might make or break this place for you. And listen carefully in case they have Mamma Mia on repeat!

Share your home buying tips! What’s one thing you always look for?