It’s been one of the strongest population trends over Australia’s past three decades, but according to some commentators Brisbanites are about to turn our backs on the big shift to city living and scurry back out to suburbia. COVID-19 may have had a far longer lasting effect on society than we’d imagined!

Demographer Bernard Salt argues the iso time back in suburban homes has inspired “a new way of life”. In a time of social distancing and work from home, Salt thinks Australians no longer crave “the bright lights and activated streets of the inner city” and the dreary burbs are staging a comeback. Writing in the Weekend Australian he says neighbourhoods have sprung to life, local retail strips were rediscovered and “the next decade and beyond really will be suburbia’s time in the sun.”

Really?? Wow! Someone hold my zymil no foam latte – we’re ready to argue that our trend to city living is still stronger than ever!

Linda recently bought a South Brisbane apartment from the Bees Nees sales team: “I believe it’s the trend for future.  People will like to live closer to workplace, esp. professionals more time efficient, and travel countryside for free time.” Marlisha bought a house from us in Fairfield last month: “We looked at homes as close to the city as we could afford and in the surrounding suburbs where there is slightly better value for money but less growth potential.  The truth is the suburb life is a bit quiet for us, we much prefer being close to the abundance of entertainment, vibrant locations, and all that the city has to offer.” 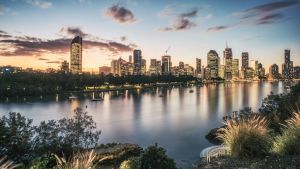 Do we really think there’s a fading appeal in Brisbane’s inner-city lifestyle?! The entertainment – theatres, galleries,  restaurants, bars and clubs, the live music venues, the sporting stadiums. The cultural and tourism smorgasbord of South Bank. All of these require scale – lots of customers. You won’t find the charm and visual vibrance of the inner-city’s heritage and landmark architecture out there in the burbs. Then there’s our natural amenity – much of our river’s frontage is city-centred with an abundance of recreational opportunites along its banks.

Others agree it’s time for the suburbs to step up. Suburban Alliance is a Brisbane-based lobby group pushing the government to redirect infrastructure spending out of the city centre. It says inner-city house prices over the past 25 years have vastly outperformed the burbs: the inner 5km has seen 448% price jumps while homes 10-20km from the centre grew just 300% over that same time. The group says “extensive public investment… has stimulated an enhanced private sector appetite for housing in this area.”

Hmmm… we know they’ve got an argument to make, but that doesn’t ring true to us. Didn’t most Brisbanites choose city living because it’s close to work and – increasingly the main reason – all the places we want to spend our leisure time are right outside our doors?? 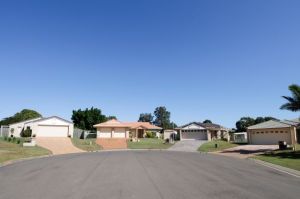 So what about the question mark over city offices? If we are all going  to work from home maybe Salt is right and we’ll all give up the buzz of the city for the sleepy suburbs and their hugely appealing list of lifestyle amenities that he says include “bike paths and walking trails”…

Quoted in the London Telegraph this week Paul Swinney, from the UK’s Centre for Cities think tank, says jobs are a key piece of a city centre’s appeal. So have all these ‘experts’ vastly under-estimated workplace dynamics and what he calls “the value of face-to-face interaction”?  The article continues, “The jobs at the heart of the “knowledge economy” – media, accounting, finance, law and, yes, tech – actually depend on tangible physical location. It’s obvious why. Clusters of bright people have become the single best ideas- and wealth-creating engine. That is unlikely to change.”

We don’t doubt that across the globe the fortunes of our urban centres can fall as well as rise. But this heavily-biased inner-city real estate agent and resident can’t see Brisbane going the way of Babylon! I need the energy of the city and I like the walking trails through the Botanical Gardens and Roma Street better than any I’ve ever found outside the 5km. And I can grab my latte on the way!

So what do you think? Is Bernard Salt’s “post-corona suburban push” our new reality? Or do you think city living is here to stay??