Since the first 2017 announcement of the new ICSSSC and the later choice of its location, local property owners have watched with interest to see the impact of inevitable changes to the Brisbane State High catchment.  Construction of Dutton Park’s very own secondary school is now underway between Annerley Road and Grantham Street, and will welcome its first students in just over a year.

Foundation principal Kirsten Ferdinands will be opening the doors for year 7 students to begin their journey. The ICSSSC will have a capacity of over 1600 students by 2026 so it’s a big change for education in the inner-south. (By the way it’s yet to get its final name – so you won’t have to remember the C’s and S’s for too much longer!)

A number of streets in Highgate Hill, Dutton Park and Woolloongabba, which have been part of the BSHS catchment for over 25 years, have now been moved into the ICSSSC catchment. There’s been plenty written in past years about the huge real estate demand created by the Brisbane State High catchment. As a local real estate agent I often meet parents eager to buy property to secure their child’s education at BSHS; sometimes as much as 10 years in advance. The new catchment areas will definitely effect buying decisions in the surrounding areas.

Interestingly I had a call from a home buyer recently who was determined to buy in the new ICSSSC catchment. So if your property is about to be clipped from the Brisbane State High catchment, the news may not be all bad! Some home-buying parents will want their children to be foundation students in the new school. 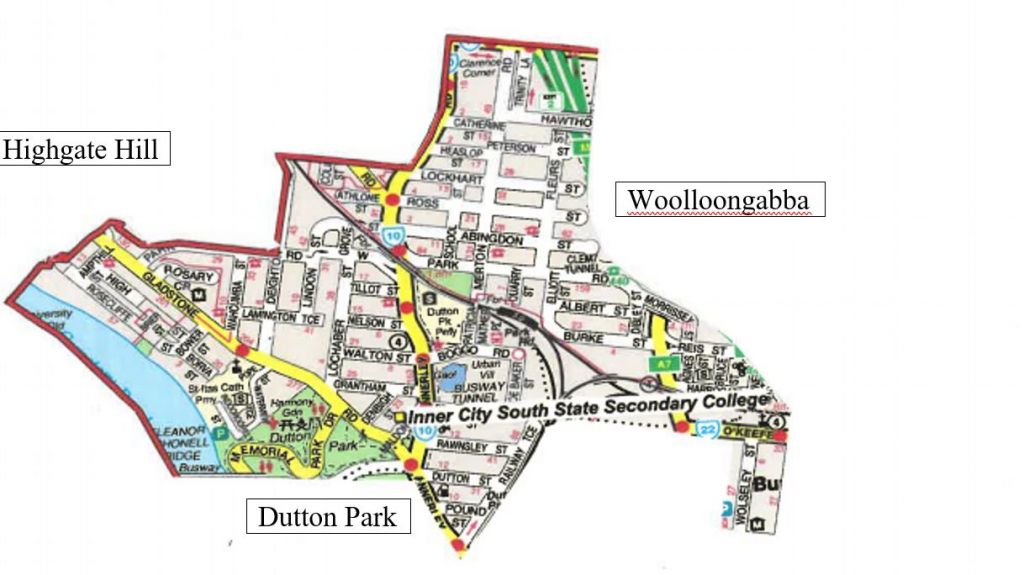