Spring Hill has a 23 metre Bath!

You are here Home Blog Spring Hill has a 23 metre Bath!
Spring Hill

Spring Hill has a 23 metre Bath!

Located at 14 Torrington Street Spring Hill is Australia’s largest Bath!! Or otherwise know as a pool depending on who you ask. The term Baths originates from England in the early 1800’s and it makes sense as this piece of history was commissioned in 1886.

Back in the day they when they used the imperial measuring system the pool totalled 25 yards in lengths and captures an old-world charm along some colourful changing rooms and an elevated grandstand. Over the years the Spring Hill Baths have received some upgrades with an added kiosk and now being heated so that at anytime of the year you can take part aqua aerobics or swimming lessons for the young ones.

In August 1886, Enoggera contractor William Mcallum Park started construction under the guidance of city engineer Thomas Kirk. When completed it cost a grand total of £2,526 which is roughly $21,500 in today’s AUD. With this facility being so close to the Brisbane centre it was a great hygienic option in comparison to the popular older floating baths in Brisbane River that we eventually decommissioned.

The Spring Hill Baths were added to the Queensland Heritage Register in 1992 adding to the great history that Spring Hill has offer Brisbane City as a whole. 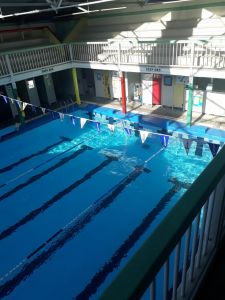 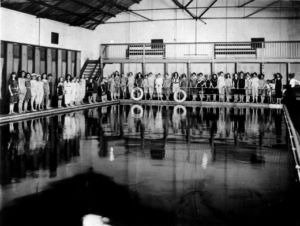 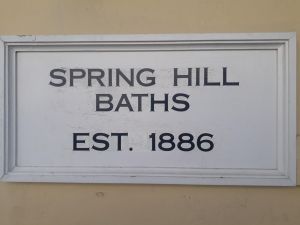 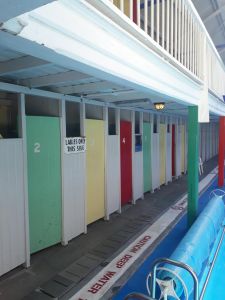