Also known as Brisbane’s Observatory, located in Spring Hill is the oldest Convict-built Surviving Structure in Queensland. Construction finished up 1828 to help the Moreton Bay Penal settlers at the time process their wheat and Corn crops long before it was known as the Old Windmill Spring Hill.

Around 1855 it earns an other name as Brisbane’s Observatory as it would relay messages from ships as they entered the Brisbane River to town as they would dock around the New farm pocket of the River. The Old Windmill has played many roles over the course of its long, long life, but today it best serves as a reminder of what we achieved in the early years of Europeans settling in Australia.

Take a Step back and admire the Circular plan that is largely made of rendered stone and brick. Most early engineering designs typically taper towards the top with an observation platform. Standing at 16m in height it now currently overlooks Brisbane’s central business district.

Many other iconic structures have taken up home here with the likes of the Spring Hill Reservoirs and the Cragiston Apartments which has an amazing story in itself. Close by are Wickham and King Edward Park and all of these locations are great to visit to get a feeling for what Brisbane used to be not so long ago. This is why it is listed as one of Brisbane’s treasured heritage sites. 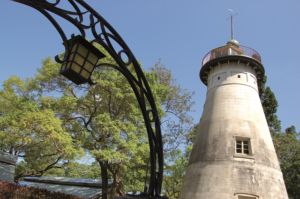 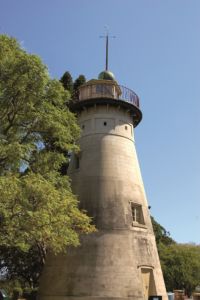