Tips for settlement – Why Tuesdays are better than Fridays

Tips for settlement – Why Tuesdays are better than Fridays

When you buy a home there’s a good chance your move-in day will be a Friday, but the Real Estate Institute of Queensland says we might spend less and have fewer hassles by choosing another day!

The most common day to settle a property is Friday, chosen by purchasers in order to move into their new home over the weekend – however, the REIQ advises that purchasers may want to consider a either a settlement in the early half of the week. 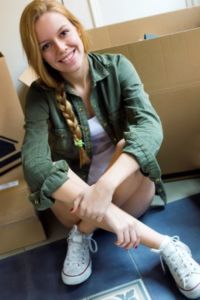 Settlement is also the day when you can collect the keys from your agent. As a risk minimisation strategy you may want to consider changing the locks.

Hiccups: The number-one reason that it’s a good idea to schedule settlement early is to build in some time to manage any hiccups that can arise in the lead-up to settlement and still achieve the same move-in date on the Saturday. There is a broad range of reasons why settlement may not take place as scheduled, with the most common being human error or simple postal delays. In fact, some research suggests up to 20 per cent of settlements don’t occur on the scheduled day due to an error on the forms – a signature is missing, someone’s name is misspelled, or some other detail is incorrect.

Cheaper Removalists: Another excellent reason you may want to schedule your settlement on Monday to Wednesday and potentially move during the week is that often removalists will charge cheaper fees. Saturday and Sunday are the biggest days for movers, so they tend to use premium pricing structures.

Insurance: Don’t make the mistake of thinking that insurance is only required from the time you become the owner. Depending on the terms of the contract you may need to get insurance for the property as soon as you have signed the contract or shortly thereafter. The REIQ standard residential contract states that the property is at the buyer’s risk from 5pm on the first business day after the contract date. This gives the buyer an adequate opportunity to obtain insurance.

This article provided by the Real Estate Institute of Queensland. Bees Nees Realty are proud to be members of our profession’s peak body!