Imagine for a moment if Brisbane had a brand new suburb. Right close to the CBD. A suburb that had simply ‘sprouted up’ from nothing, and in just 2 years its number of dwellings grew to eclipse the size of Paddington.  Now you can better understand what’s happened to Brisbane’s inner city, where we saw the equivalent of a new suburb, an extra 4,400 dwellings, added to the rental pool during 2015 and 2016!

The latest RTA stats make compelling reading for those watching the Brisbane rental market, the sheer scale of growth making tough work for those tea-leaf readers usually confident in  predicting local property futures. So if you own or are buying a local investment it can be confusing and hard to make sense of all the commentary. Our inner-Brisbane property management team are in the field every day so here’s some of the stats and what we’re witnessing: 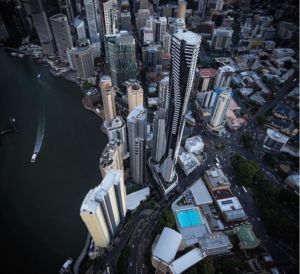 We’ve been talking about this surge in Brisbane’s apartment supply as a once in a generation event. But in fact it’s not. Or not so far at least.

A decade ago, during 2005 and 2006, Brisbane’s inner suburbs had a 14% jump in rental property supply. There were lots and lots of apartment buildings going up, driven by a vibrant sales market with plenty of speculative buying. The total numbers weren’t quite as high as 2015 – 2016, but it was a bigger percentage growth. Interestingly at that time median rents actually continued to grow, the market absorbed the big wave of new supply and was hungry for more. How?

We had a quick look back at the ABS population stats and there’s the explanation. Brisbane was the nation’s fastest growing capital city in the 5 years to June 2006, with suburbs like Bowen Hills, the Valley and Newstead all recording double-digit population growth as our city soaked up new arrivals.  There’s some encouragement in the recent lifting population growth rate, but after the wind back of the mining sector we’re not growing like we did a decade ago.

As real estate agents we’re optimists by nature, and this past two years has surprised many with the resilience of median rents. Many dooms-dayers have been denied their predictions by a tenant market that loves what our city lifestyle is all about. This isn’t a short-term fad and we expect demand to remain high. But the inner-Brisbane apartment supply pipeline has a lot more to come. Projects now under construction will deliver several more thousand rental homes into our market by the end of 2018 and, unless we get back to those bigger numbers of interstate and overseas arrivals, it’s hard to see rents remaining where they are.

Local landlords should be prepared and get the best advice and service from a Brisbane property manager they trust.