You are here Home Blog Can you maximise the uniqueness of your Brisbane apartment?!
Architecture and Renovation, Brisbane's sales market 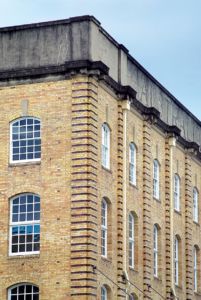 The more inner-Brisbane sees waves of construction of shiny new apartments, the more we hear home buyers asking for “something unique” and not shiny. Something raw, unpolished and maybe even feeling a little unfinished.  A home – apartments included – that’s got a past. Some kind of history. A soul. While the numbers of new dwellings are at all time highs, we have buyers responding in droves to old homes and those that are somehow different to the rest.

On the weekend we posted a video on our Facebook page of an apartment coming up for sale. It’s not your average home, its history is very rich, but even we’ve been surprised when more than 10,000 views later it’s still attracting incredible attention. It’s a well-known ‘secret’ among real estate professionals that an unrenovated home will usually draw greater enquiry than a sparkling post-reno product. Everyone wants that blank canvas to add their own touch. And this was a trend well-established in apartments before “The Block” and other TV shows main-streamed it. Importantly and increasingly, buyers want a home that stands out of the crowd.

So how can sellers, and landlords, tap into this growing obsession with uniqueness?

Minimalism in architecture and design is by no means a new trend. A simplicity in aesthetics might be first traced to eastern cultures, but western architects have long understood the mass appeal of “less is more”. Reducing a modern Brisbane dwelling to its necessary elements, focusing on clean lines and minimal fixtures, isn’t about being cheap or uncomfortable. Think less about shiny new fittings and more about telling a story and unearthing a past. Acoustics are more important than ever (with body corp rules to protect) so don’t overdo this – but are there linings and partitions in your home that could go to reveal something more interesting?

Exposing a concrete column or pulling that plasterboard off an old brick surface might be a breath of fresh air to a tenant or buyer craving something different. Concrete floors are hugely popular and they don’t need to be polished to within an inch of their lives. Raw but able to be cleaned at least, is great. Can you expose some roof structure, even some infrastructure like pipes and beams? Are there second-hand fittings or even those used in commercial or even industrial construction that might work for your interiors?

Teneriffe’s woolstores are our city’s best large-scale example. But interestingly the history to be unveiled doesn’t need to be that old to capture attention. On the weekend we took a sneak peek at Brisbane city’s ‘newest’ hotel, The Johnson in Spring Hill. Originally built in 1967 it’s not yet 50 and you could argue it’s been an unimpressive concrete office block (despite its heritage listing). But by exposing the concrete ceilings, sprinkler pipes and other items builders usually get busy concealing, the Johnson now presents as minimalist. Hotel rooms beyond cool. Appealing by not trying to be like the others. Look at the Valley’s Tryp Hotel for another example. Bars and restaurants have long understood the appeal of rough textures and ‘baring all’, and many of this city’s most expensive eateries are housed in raw, industrial buildings.

What can be removed in your dwelling that will make what remains more interesting or unique? To be clear, we don’t suggest this approach will work for every property. If yours is a modern apartment in a tall tower the hero of your marketing story might well be the unique location or special views. But for those with an opportunity to think outside the box there’s rewards to be had in selling and renting your property.