Real estate’s always a popular conversation at weekend barbecues and on Saturday night news channels, but there’s rarely been a topic that’s caused as much discussion as the question of new apartment supply and its impact on Brisbane’s property market. When we wrote about this back in May we were lampooned by some who are convinced the end of the world is nigh. But we still just can’t see Armageddon on the real estate horizon. We’re working in Brisbane’s inner-city every day in the sale and rental of apartments so we’re going to dive back in and give you some current observations:

New projects are not commencing. Take a drive past some of those glitzy sales displays, the places that used to be full of cars on a Saturday morning, a buzz of energy and FOMO. The graffiti on their flash hoardings is not being removed as fast and the weeds are popping up. Talking with one major builder this week they confirmed they’re looking for work in other sectors. Construction of smaller buildings aimed at owner-occupiers will continue at a slower pace, but the big residential buildings that haven’t yet started appear to be well and truly on ice. 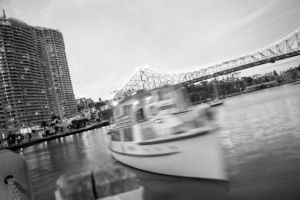 Banks are playing their part in putting the brakes on with finance for new apartment projects almost impossible to obtain. One inner-Brisbane development reportedly has 250 of its 300 apartments sold off-plan but has repeatedly been denied funding. Turns out 120 of the buyers are non-resident and a further number don’t hold an Aussie passport. That means greater settlement risk for the banks so they’ve squashed it. It’s painful for developers but a positive for any concern on oversupply. Buildings under construction will almost all be finished by 2018.

This wave of apartment building completions is no longer new. We’re well and truly into this cycle and we’ve had more than two years of big numbers of project completions, with many of them offered to the inner-Brisbane rental market. In June 2014 the median 2 bed apartment rent was $495 per week. Today it’s $490. So tenants have absorbed this new supply with no major impact on rents. There are a lot more to come and no clear-thinking assessment could suggest rents will stay the same. There’s lots of competition for landlords today and they do often need to drop their rent. But we continue to argue that the demand our property management team are witnessing is the strongest it’s ever been. This is a vibrant, wonderful place to live and these new apartments are finding a market.

So what are the experienced property developers doing at the moment? One told us last week he’s now being offered sites for $40,000 per apartment that had recently been priced at $70,000 or more. The old heads, the developers with capacity, are already land-banking. Taking the opportunity to buy when prices are down and others are fearful. Planning for the next upswing whenever that comes.

Property developers are often criticized. But we can’t help thinking there’s a lesson in there for anyone thinking of buying a property in Brisbane’s inner-city.