You are here Home Blog Brisbane real estate, 1st home buyers and the “A” word!
property taxes and rates etc

Affordability – it’s the hot topic of the day. Helping first home buyers enter the market is an emotive issue in politics right now and last night’s budget saw the government confirm it will stick with current negative gearing rules (provided they win the upcoming election of course).

This real estate agent was at a meeting last year where the Shadow Treasurer spoke about housing affordability and he became agitated and passionate when he spoke of spiking home prices in his western Sydney electorate. It’s hard to dislike a politician with a purpose, but could the issue troubling him be one in his own backyard – and not entirely a national problem? The ALP’s website: “It’s well and truly time someone did something about making housing more affordable in Australia. Labor will reform negative gearing and the capital tax discount effective from 1 July 2017, a policy which will help put the Australian dream of home ownership back within the reach of middle and working class families.”
We’re seeing some heavy-handed lobbying with this aim to lower home prices, driving investors away to make it easier for first home buyers especially. And we make no secret that as real estate agents many of our clients are property investors who benefit from negative gearing. None of them want to see home prices plunge. So we do have a vested interest, but it seems to us there’s a lot of information not reaching the public debate: 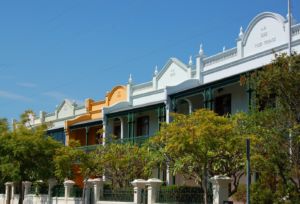 This week’s ABC “Four Corners” focused on Sydney real estate, where it apparently takes 12 times the average wage to buy a home, and Melbourne at 10 times. But the report didn’t mention any other part of Australia. According to the Real Estate Institute of Queensland, “Brisbane’s median house price is $498,000 which is around six times the annual average income. These are levels in line with conditions in the market a decade ago. Nothing much has changed. And if you go out of the capital cities and venture into the regions, especially regional Queensland, the contrast is much more stark.”

The REIQ argues the ALP cut to only allow negative gearing  for new property conflicts with its own state government’s Great Start Grant for first home buyers. The REIQ’s Antonia Mercorella on the proposal: “Why are we giving first-home buyers a $15,000 grant to buy off-the-plan or build, but then forcing them to compete with investors who have been driven to the new-build market to access negative gearing and CGT benefits?”

Much of the debate has centred on what will happen to home prices and rents if negative gearing is cut.  One survey says 79% of real estate investors wouldn’t buy another property. So far no-one’s convinced Australians they have a clear understanding of what the market will do if the changes were made. Could tenants be the real winners of the current system?

The ABC also interviewed Tony Shepherd, the former head of the Business Council of Australia and the chair of the Government’s Commission of Audit into the Australian budget: “I think the infrastructure costs associated with new building lots are pretty high in both states and that also is having an impact on housing costs. So, I don’t think negative gearing is contributing to that much at all.”

It’s one clear fact that’s often forgotten: we load up taxes, levies and charges from all three levels of government onto the price of a new dwelling. This is the user-pays model, where roads and sewerage and parks etc are paid for by the new resident in that street, instead of the wider community through our rates and taxes. Some would argue the costs added to a new dwelling by government far exceed the cost of providing new services – that this is simply government revenue raising at all levels. And politically it’s no doubt easier to keep these taxes where they are, even if it puts growing pressure on home prices.

So we’d love to hear your comments on how to make housing more affordable: Should governments reduce the cost of new housing by spreading the infrastructure burden across all tax payers? Or cut investor benefits and demand to pull down home prices? Or do you have another plan?! Please share your ideas.