The price of murder: a grisly real estate tale

The price of murder: a grisly real estate tale 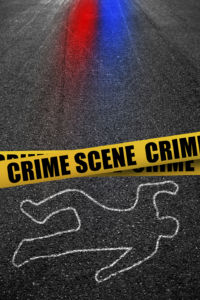 Would you buy a home where a murder had been committed? What if it was more than 20 years ago?

The unlawful premeditated killing of one human by another is a horrible event, by anyone’s measure. It’s hard to imagine the impact on family and friends, the flow-on through the deceased’s circle, and the aftershocks for all those around them as they adjust to the senseless loss of life. Today we’re taking a quick look at one of the monetary impacts – what happens to the deceased estate, the value of a home if it’s been the scene of that murder? And of course the answer lies in the broader population’s view on that first question: Would knowing change your likelihood to buy?

Some murders are higher profile than others. OJ Simpson might have been acquitted of her murder but Nicole Brown Simpson’s death was possibly one of the best known from last century. According to realtor.com Nicole bought a condominium in Brentwood, an upscale neighborhood of Los Angeles, for $625,000 in January 1994, five months before her death. After the brutal murder, the property sat on the market for two years before being sold for $525,000, according to public record. That’s a 16% discount. Interestingly, after an extensive remodeling and a clever address change, the house sold again in 2006, for $1.72 million. Time clearly fades buyers’ reluctance.

Would you knowingly buy a murder scene property with that history if it meant getting a big discount? Murders do occur in Brisbane’s inner city and, before you start vacuuming the chalk outline off your floor, as a real estate agent I need to disclose anything to a buyer that might “reasonably” effect their decision to choose a property. Stigmatised property is a topic of plenty of conversation in our profession, asking how broad should we be in the definition? (Got a ghost in the garage? The lawyers recommend we disclose the possible presence of spirits or apparitions!) The selling agent is required to verify facts on a property and the law’s very unclear in Queensland.

The Americans love to dig deep into their data and www.DiedInHouse.com is a website set up to help home buyers check their potential purchases. From their site: “A death in a home, especially a violent death, can decrease the home’s value by 25% and increase it’s times to sell by up to 50% longer than comparable homes.”  One study of their stats showed 15% as the average real estate price discount for murder. If you have a fascination for the macabre there’s plenty for you at this site – multiple murders, cannibalism and celebrity killers and their impact on property prices are all explored in gory detail.

So who buys these murder homes? An analysis of the site showed “59% of them were eventually bought by ordinary, everyday home buyers; 20% were acquired by some kind of corporate entity—mostly property and investment companies, but also nonprofit and charitable organizations; and 8% of them were listed but eventually taken off the market without any transaction record.”

It might not be you that buys one. And I can confidently say it won’t be me. But the stats prove what my first boss in real estate told me: even with a history of murder “there’s no problem with property that price can’t cure”!

We’d love to hear your thoughts in the comments! And if you’d like to sell your inner-Brisbane property (with or without a crime scene!) the Bees Nees team would love to help. Call us on 07 3214 6800 or info@beesnees.com.au