We fairly regularly get an enquiry from a home buyer asking if an apartment we have for sale is in a “pet friendly” building. So we thought it time to do a quick summary on where this issue got to over the past few years. (And it has changed!)

The ‘standard’ body corp by-laws in Queensland have usually said pets could only be kept in a lot if the committee approved them. Some properties were sold to pet-lovers with broader wording that made it simple to bring your furry buddy. And in other complexes concerned lot owners rallied against the four-legged invasion and declared their buildings pet-free zones.

Understandably many animal owners have been reluctant to give up the mate and have challenged their neighbours in the Body Corp Tribunal. What was initially a trickle of findings allowing animals, has now become a flood of firm findings in favour of Fido and Felix. 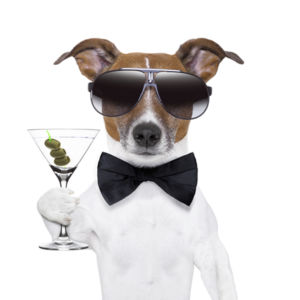 So despite the law not yet giving clarity to what a body corp can actually regulate, the cases have established a clear trend. You can have a pet, you can’t be banned outright from keeping one, and a body corp can only impose “reasonable” conditions on the keeping of that pet.

They can’t have a blanket limit of keeping one pet only. And they can’t have an “under 10kg” rule for example. They must consider each application on its merits. But before you rush out and buy a Labrador to keep you company in your new 1 bed apartment a body corp, in the eyes of the law, does have some rights to protect your neighbours.

We’re seeing committee decisions that require vaccinations. Noise and smells can be monitored and if you can’t deal with a problem you can be asked to remove a pet. Lot owners are being asked to indemnify for damage to common property and to ‘tidy up’ their pet’s waste. Your neighbours still have the right to preserve their quiet enjoyment.

For those of you wanting to sell your apartment, we’d argue the changes in this area are a positive as more Brisbaneites consider the option of medium and high density living, bringing their moggie or mutt, or birds, or fish… Some owners do resent the trend but in our experience they’re in the minority. Landlords should consider the added tenant appeal of being open to pets (landlords can still choose to not have a pet in their property) but until the law allows a larger bond to be taken we don’t see a big change in appetite for this.

Living in close proximity can have its challenges but, despite the commotion some disputes can generate, we’re regularly surprised at how few issues we see in apartment buildings across Brisbane’s inner-city.

But the new trend of course is for more and more families to move to apartments with kids…. Now maybe we need a by-law to stop some of these noisy brats!